An intraocular lens (IOL) is an implanted lens in the eye, usually replacing the existing crystalline lens because it has been clouded over by a cataract, or as a form of refractive surgery to change the eye’s optical power. It usually consists of a small plastic lens with plastic side struts, called haptics, to hold the lens in place within the capsular bag inside the eye. Sir Harold Ridley was the first to successfully implant an intraocular lens on November 29, 1949, at St Thomas’ Hospital at London. The intraocular lens found widespread acceptance in cataract surgery in the 1970s, when developments in lens design and surgical techniques had come about. Replacement of the crystalline lens with a lens is now routinely done in most centres worldwide. By the 21st century millions of IOLs are implanted. 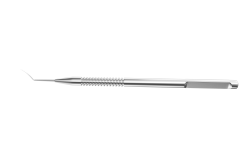 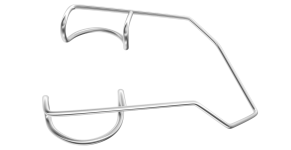